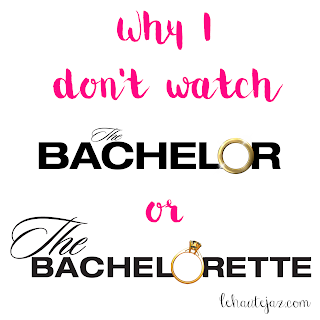 So apparently there’s a new show out now called ‘Bachelor in Paradise’ and this has people (read: mostly women) in a tizzy because all of their favorite eccentric contestants from past seasons of ‘The Bachelor’ and ‘The Bachelorette’.  The premise of the show reminds me more of MTV’s ‘Real World’ than a dating show, but more about that later.  I never drank the ‘Bachelor’ kool-aid and here are a few reasons why.
I don’t do reality dating shows: I watch (a few) reality shows and I have been known to watch a few old school type dating shows like ‘The Dating Game’, but the combination of the two of them doesn’t do it for me.
There isn’t a lot of diversity: I get that the next bachelor or bachelorette is typically the runner-up or a fan favorite from the previous season, but in 14 years we’ve only had one POC and even then he was dubbed a “bad” guy.  I didn’t even watch the show and I knew that Juan Pablo wasn’t a stand up guy.  I’m just saying that the should mix it up a bit, especially since it doesn’t always result in a marriage or even a relationship!
Nothing lasts forever: Like I said, I don’t watch the show but after doing a bit of research (aka Wikipedia and various social media posts) I found out that not every season results in a proposal and majority of the ones that did end in a proposal didn’t work out.  The purpose of the show is for the contestants to find their soul mate, right?  Well if they aren’t doing that then the producers should find people who are going to do so.
It’s fake: It’s staged, things don’t work out and I didn’t realize how fake it could be until I started watching the antithesis of the series. 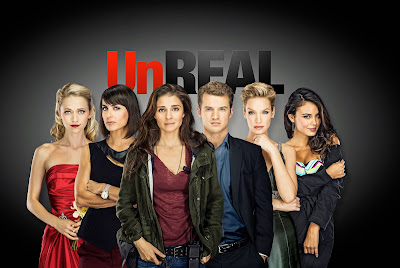 Lifetime premiered a show called ‘UnReal’ this summer and I loved the show!  It’s a scripted show that allows us to see what could possibly (and probably) goes on behind the scenes on shows like ‘The Bachelor’ and ‘The Bachelorette’.  The dating show on there is called ‘Everlasting’ and this season’s show is centered around a British bad boy who’s fallen out of his family’s good graces and needs the good media and exposure from this side of the pond to get his winery up and running.  Everything that I discussed earlier was addressed on this show.  The lack of diversity; they openly said that no black girls were going to win and their producer (yeah it was one producer for all 4 black girls) left when his final girl was gone.  The show also addressed the lack of relationships and marriages as a result of the show.  I don’t want to go into too many details just in case you want to watch the show (which I recommend you do), but there’s a plot twist at the end!  The show has actually wrapped for the season, but it’ll be back for another one!  You should be able to watch it OnDemand or online.  Please please please check it out and let me know what you think.